The Virginia off–year election for governor demonstrates what would have happened last year if the Constitution didn’t require an Electoral College.

Crony Conservative Ed Gillespie carried 82 counties compared to Democrat Ralph Northam’s 13. The 69–county advantage didn’t mean squat though. All that counted was Northam’s 230,853 vote margin that put him in the governor’s mansion. 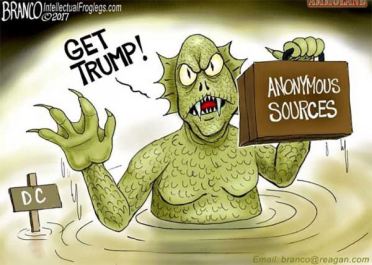 I assumed that Gillespie’s loss was due to his tepid embrace of President Trump’s populism and a generally uninspiring campaign. Gillespie’s issues may have been a hit with focus groups, but in the real world the campaign landed with a thud.

Gillespie is as much a conservative as Elizabeth Warren is a Comanche. Jeb Bush may have been low energy, but Ed Gillespie was low emotion. When a candidate speaks conservatism as a second language it’s tough to be fluent discussing issues important to the base.

Unfortunately, the numbers don’t support my case for conservatives and Trumpistas rejecting our lobbyist–in–waiting. It’s hard to evaluate intensity since Virginia doesn’t register voters by party. And you can’t compare the 2013 primary to the 2017 primary because in 2013 Republicans held a convention.

Since the big issue for Democrats and the OpMedia was the so–called Trump effect, it makes sense to examine counties carried by the president. It appears many Virginia conservatives were more tolerant of Establishment Ed and his amnesty background than I was.

Ballotpedia identified five counties in Virginia it terms “pivot counties” because they voted for Obama in 2012 and Trump in 2016. These counties should be the home of swing voters and the type of voter Gillespie would have to hold to win. During the GOP primary the ineffectual but bombastic Corey Stewart won only two of the five counties, indicating swing voters found Enervating Ed an acceptable candidate.

In the general election Gillespie again carried all five of the “pivot counties.” In three his margin was less than Trump’s, but in the other two his margin exceeded Trump’s. Analyst Jim Crumley contends it was Gillespie’s failure to turn out the Trump vote that cost him the election. I disagree. Gillespie got 66 percent of the Trump voters to go to the polls in an off–year election, which is very good when you consider overall voter turnout was only 47 percent.

What beat Gillespie was the remarkable 71 percent of the Hillary voters that Democrats turned out. Then if Gillespie’s loss wasn’t due to conservative turnoff, what was the cause? Simple, this election was the revenge of the swamp creatures. Republicans in the House of Delegates lost a shocking 14 seats and a stunning 11 of those losers were incumbents.

Looking at a color–coded map of the state by legislative district makes my case. All but one of the flipped seats were either in the suburbs of Washington, DC; the government installation–heavy Norfolk area, government–centric Richmond and isolated Communist cells in the university towns of Lynchburg, Roanoke and Blacksburg.

A combination of Big Government and Big Dependency helped the swamp break through the levee and inundate neighboring House of Delegates’ districts. Government pounded the governed.

And who can blame them? Trump has targeted Big Government from his first days in office. It’s a public–spirited swamp creature indeed who would vote for the party of the man who claims to be draining their habitat.

In February of last year — at the time I was on Cruz Control — I wrote a column about the best reason I’d seen so far to vote for Trump. A GovExec.com poll claimed that up to 25 percent of the federal workforce would consider quitting if Trump were elected.

It proved to be just another Big Government lie, but the survey was a useful indicator of attitude. The federal workforce and its various hangers on that include contractors, NGOs, lobbyists, handout seekers and crony capitalists see an unprecedented threat to their livelihood if Trump is successful. That fear and OpMedia–fed loathing led to an unprecedented negative, straight–ticket vote against Republicans.

They didn’t so much vote their pocketbooks as they voted to keep draining yours.

The question for Democrats is can they replicate this success in the 2018 mid–term elections? I’m doubtful. Metro can only export so many federal workers and camp followers to the surrounding DC suburbs. And it’s a cinch Trump isn’t planning to go on a nationwide federal hiring frenzy so he can send more Democrats to the polls.

That doesn’t mean Democrats won’t win by other means. If the Republican Keystone Kongress — the Gang That Couldn’t Govern Straight — doesn’t pass meaningful tax reform or repeal Obamacare; but does pass amnesty for DACA invaders, I predict a wipeout.

One in which I will gladly participate.

November’s off–year Virginia governor’s race is what conservatives would have faced in 2016 if Trump had done a Hillary as he descended the escalator for his announcement and wound up in A Place for Mom instead of the Oval Office.

Our nominee would have been a bland, white, country club Republican who talked lukewarm TEA Party. A nominee that would have looked just like “Establishment Ed” Gillespie the caretaker conservative running as the Republican in Virginia.

These off–year elections are supposed to send a message to Washington and specifically the White House. If a Democrat wins nationally and Virginia elects a Republican the following year, the result is supposed to mean voters are angry because Democrats went too far.

Conservative voters dissatisfied with the nominee are given a binary choice by party leadership: Hold your nose and support some housebroken Republican or be personally responsible for electing the Democrat.

This hobbling choice is not limited to Virginia. Conservatives nationwide regularly confront this dilemma as yet another cocktail conservative holds their vote hostage to the Democrat alternative.

After years of just following orders my nose is as pinched as Ichabod Crane’s and I’m tired of it. This year instead of sending a message to the White House, where one of the Javanka twins would no doubt intercept it, I want to move the targeting solution about 3 miles from Pennsylvania Ave. to the Republican National Committee.

The National Review recently endorsed Gillespie and they unintentionally damned him with faint praise. According to those Never Trumpers, Ed deserves our vote because:

Big deal. For conservatives, the most important issue in Virginia is transportation: Base voters want new roads for a speedy trip in to work and new enforcement for a speedy trip back to Central America for illegals.

Naturally, Enervating Ed is on the wrong side of both parts. He doesn’t mention roads and Giveaway Gillespie supported the failed Gang of Eight bill. He’s part of the Delusion Caucus that’s convinced surrendering to Democrat demands to import more voters will someone result in GOP victories.

As befits a former lobbyist who made a living torturing innocent words, Gillespie assures conservatives he didn’t support “amnesty” for illegals, he only supports “legalization.” So, let me explain to Gillespie — who only speaks conservative–as–a–second–language —any result allowing illegal aliens to remain in the US is AMNESTY, regardless of how you try to focus group your way out of it.

Ed’s idea of tough–minded leadership on illegals is keeping a lid on how many other benefits the piñata holds.

The Washington Post reports that Gillespie is so concerned about conservatism potentially rubbing off on him that he promised business donors that he won’t champion any cultural issues from the governor’s office. This failure to grasp that politics is downstream of culture is why Ed and his cronies are long run losers.

It also appears that groveling doesn’t sell particularly well. The candidate of the rich is trailing the Democrat in fund raising by a two–to–one margin.

Conservatives next year are faced with a president who is ready to betray his promises on ending DACA for younger invaders and Virginia voters this year have a gubernatorial candidate who is just as soft on the rule of law.

My advice is don’t allow your vote to be held hostage by placeholder Republicans. When my family goes to vote in November we will be sending a message to the RNC in the only manner they can understand. We will be voting for write–in candidates for every spot on the ballot. And it’s going to be the same write–in each time.

For the first name, we will write DACA and for the last name Betrayal. We will no longer go–along–to–get–ignored. The only way Republican leadership will pay attention to the base it relies on for victory is when the victories stop.

My advice for Virginia voters is write in “Senor DACA Betrayal: and take a photo of your ballot. Send the picture to your state Republican Party and another copy to the RNC. Let’s show them voters are angry because the GOP hasn’t gone far enough.